10-year anniversary of Baumgartner's jump from the edge of space

On 14 October 2012, more than eight million people tuned in online to watch the Austrian skydiver, Felix Baumgartner jump from the edge of space. The jump itself was just 09m 03s long, but the achievements of the Stratos team have endured with two of the FAI records set still unbroken.

At 38,969.4m altitude above Roswell, New Mexico, Baumgartner stepped out of the pressurised capsule which was suspended from a gas balloon, wearing a specially-designed suit. He made a freefall of 36.529m, some of it in a “violent spin” until he pulled his parachute, stabilised and floated safely to earth.

Among the achievements made by this jump were three FAI world records:

Video of the jump from space

In this jump, Baumgartner broke his own maximum vertical speed record which he had set in March 2012. His 14 October record still stands today, as does his fall distance record, but the exit altitude record was superseded by Alan Eustace in 2014, who rose up to the stratosphere suspended under a gas balloon, then jumped from 4,422m with a drogue parachute. 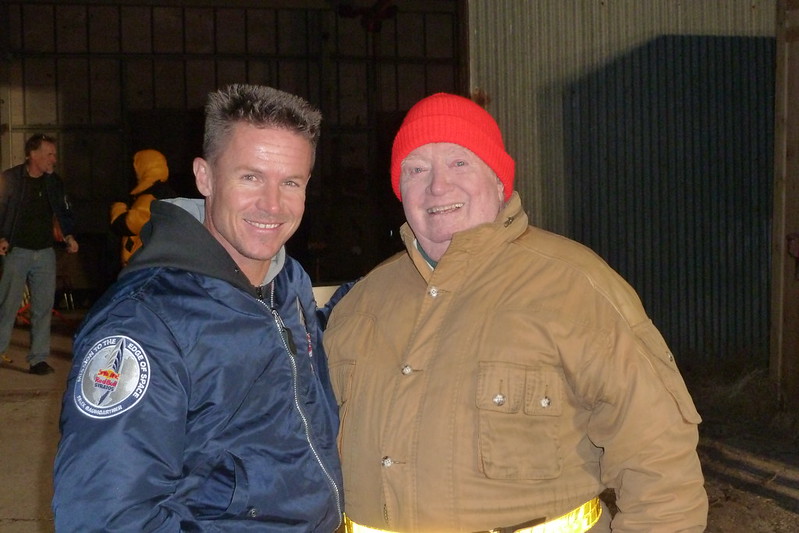 Baumgartner (left) and Colonel Joseph Kittinger (right), who made a high altitude jump in 1960
and acted as capsule communicator for Baumgartner's jump.

Baumgartner also became the first, person to break the speed of sound without the protection or propulsion of a vehicle. He was ‘supersonic’ for 30 seconds, and reached Mach 1.25. Interestingly, it was on 14 October 1947, 65 years to the day, that Chuck Yeager broke the speed of sound at Mach 1.05 in X-1 Glamorous Glennis.

Baumgartner was awarded the FAI Gold Parachuting Medal in 2014.

The jump from space in numbers 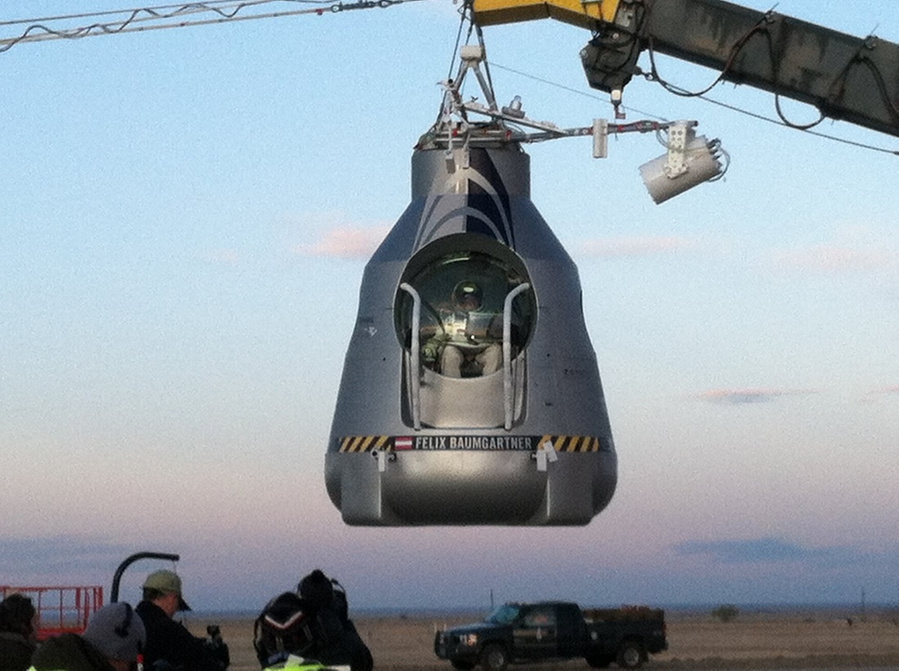 Baumgartner in the capsule