From launching on 16th July 1969, Apollo 11 took a total of 75 hours and 56 minutes to enter lunar orbit. During that time when the three astronauts were travelling - full of hope and expectation - to their destination: the moon.

The three crew were on board the Command Module, named ‘Columbia’ after the giant cannon that launched the spacecraft in Jules Verne’s novel From the Earth to the Moon. The Lunar Module, in which Armstrong and Aldrin would descend to the moon’s surface, was named ‘Eagle’. 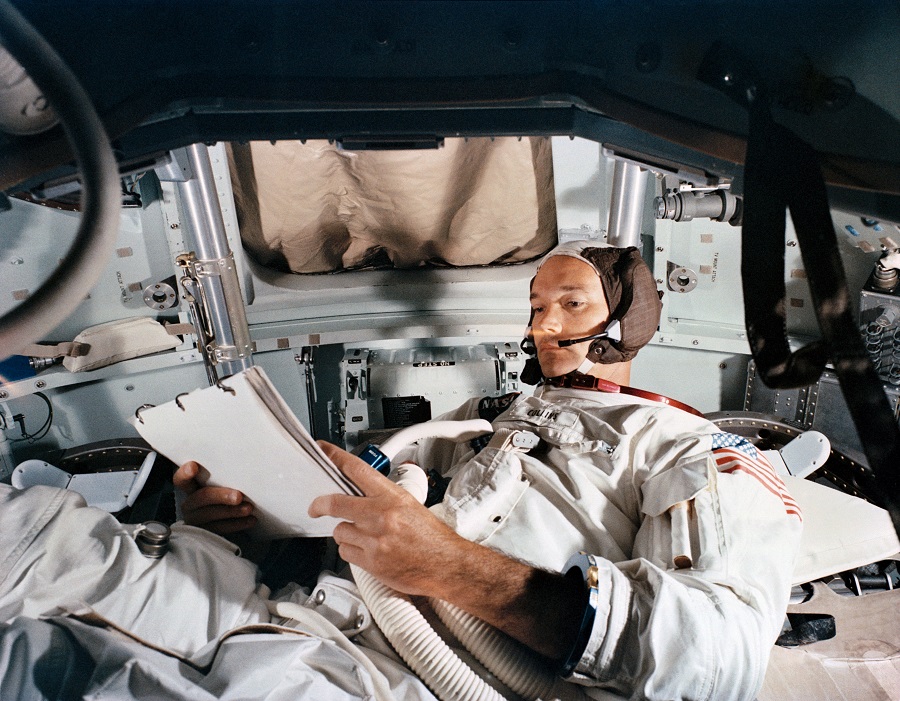 On July 18, Armstrong and Aldrin put on their spacesuits and climbed through the docking tunnel from Columbia to Eagle to make a final test and make a second television transmission. Everything was ready for the final descent into lunar orbit.

On July 19th Apollo made thirty orbits of the moon which allowed them to view the landing site: the southern Sea of Tranquility, one of the most suitably flat areas. This area had confirmed by the Apollo 10 'dress rehearsal' mission in which the crew captured vital film footage and photography whilst orbiting the moon.