22d Hang gliding Class 1 World Championship was held in Friuli-Venezia-Giulia region of Italy with a centre in Tolmezzo, situated in between such reckoned flying sites as Gemona, Meduno e Val Secca. Such a comfortable location allowed the organizers to have 10 tasks in 12 days of escaping almost all rains. 120 pilots from 29 nations came to compete in the Alps.

The majority of tasks were set in a valley taking airspace of Gemona-Spilimbergo. Large cylinders allowed greater tacting choice and multiple airspace restrictions added to the complexity. The pilots were "playing chess game" - there was never an unequivocal way to victory. Some tasks seemed too simple but turned out to be tricky some tasks were hard but beautiful. The culmination of the contest was a 200km task set from Zoncolan a to Lienz-Panzendorf and back along with Italian-Austrian border to Notsch im Gailtal Airport. It was a fantastic experience - as one of the pilots wrote in his facebook afterwards - it was my best flight in all my 35 years of hang gliding. It's amazing that though the main competition was always held between alpine nations (Italy, Austria, Switzerland and Germany) the longest task was won by Brazilian "dark horse" Eduardo Oliveira, which actually brought Brazil to the silver medal.

Winner of 2019 Italian team has occupied the first place on the podium since 2009. Squadra Azzura led by Flavio Tebaldi also include the winners in the Overall - gold by Alessandro Ploner and silver by Christian Ciech. The bronze medal goes to Primoz Gricar (Germany). It is interesting to note that this podium one to one repeats the podium of Monte Cucco 2011 - there also the winners were Ploner, Ciech and Gricar. It is the third gold medal for Alessandro, still, he has not beaten the record of Manfred Rumer being 4 times Hang gliding Class 1 World Champion. Throughout the race, Manfred was one of the leaders and only one serious mistake erased him and the Austrian team from the podium. 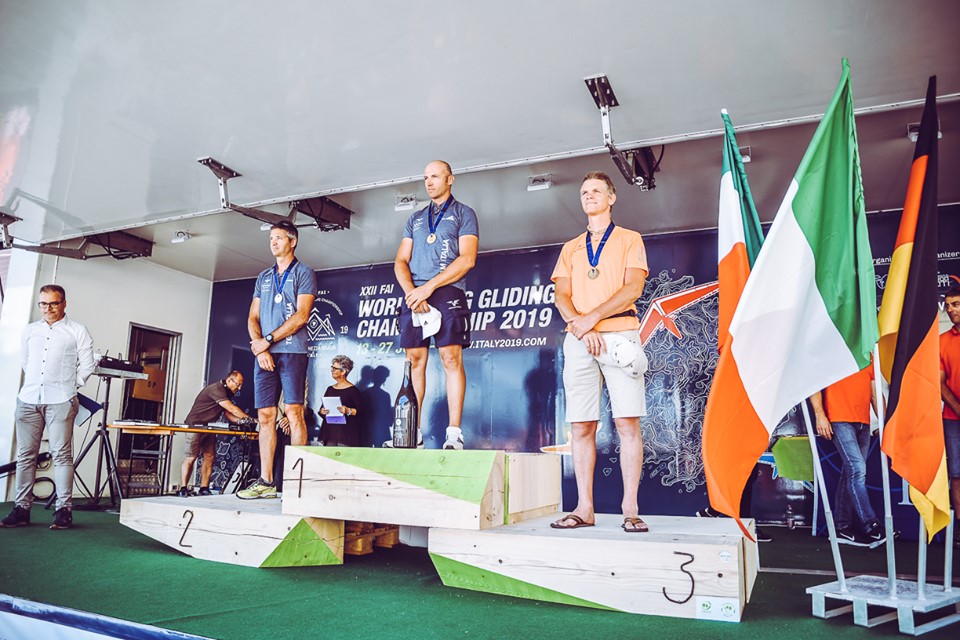 The results are here https://airtribune.com/22nd-fai-world-hg-championship/results 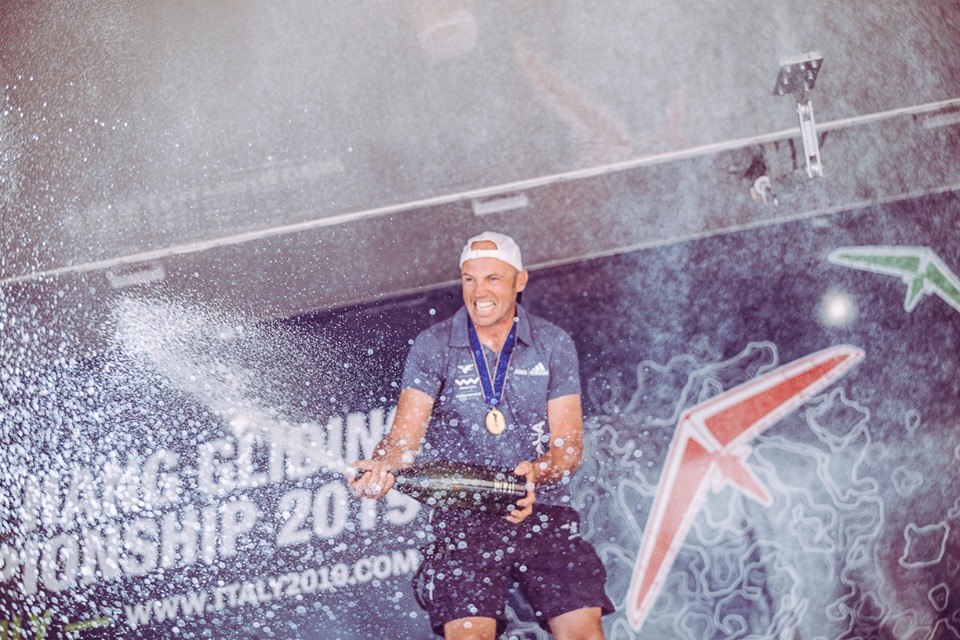