The 21st FAI European Hang Gliding Class 1 Championship in Sigillo Italy has come to an end with 9 tasks out of 10 possible covering a "European HG XC comp record" of 1325 km. The weather was at its top and the organizing team led by the meet director Tonino Tarsi made it a complete success.

At the closing ceremony, Italian team leader Flavio Tebaldi thanked the Meteo director Damiano Zanocco for his fine forecasts and advice. He not only gave the precise picture of the day but also advised the task committee on which part of the flying site they can use it better. As we were happy to witness the clouds "obeyed' him forming perfect streets in the task directions. The task committee also consisted of pilots knowing the flying site well so they managed to get the most out of the weather. At the end of the competition, the pilots said many warm words to Marco Laurenzi ITA, Mario Alonso FRA, and Primos Gricar GER. The work of the safety committee consisting of Grant Crossingham GBR, Alessandro Ploner ITA and Joerg Bajewski GER in cooperation with the safety director Maurizio Tassinari was also very highly praised.

The FAI Jury president Fabio Loro and the FAI Steward Jamie Shelden both confirmed that we had a very fair, safe, and satisfying competition.

We had both European pilots and pilots from other continents taking part in a competition. In total, we had 93 pilots from  14 European countries and 4 guest nations.

While tasks were won almost all the time by different pilots in the nation's ranking there was no surprise. In the European ranking, Italy became the leader already in the first round. And since the second task, it was also leading in Overall leaving only the first one to Australia. Germany was also steadily keeping second place throughout the competition. This victory made Italy the European Champion 5th time in a row.

The event was also combined with Trofeo Piero Alberini - traditional annual open hang gliding meet in Monte Cucco named after the local pilot who discovered and developed this flying site in the early 80s. Among guest pilots the best rank got Jon Durand from Australia - his result is 9 in the Trofeo Open ranking. Pedro Garcia was 12th and Akira Nagusa is 26th. The achievement of this 29-year-old Japanese pilot is remarkable:  arriving at the competition right after COVID recovery on a rented wing he managed to leave behind many experienced pilots. The staff adored and cherished him, so no wonder the young man soon started speaking Italian. 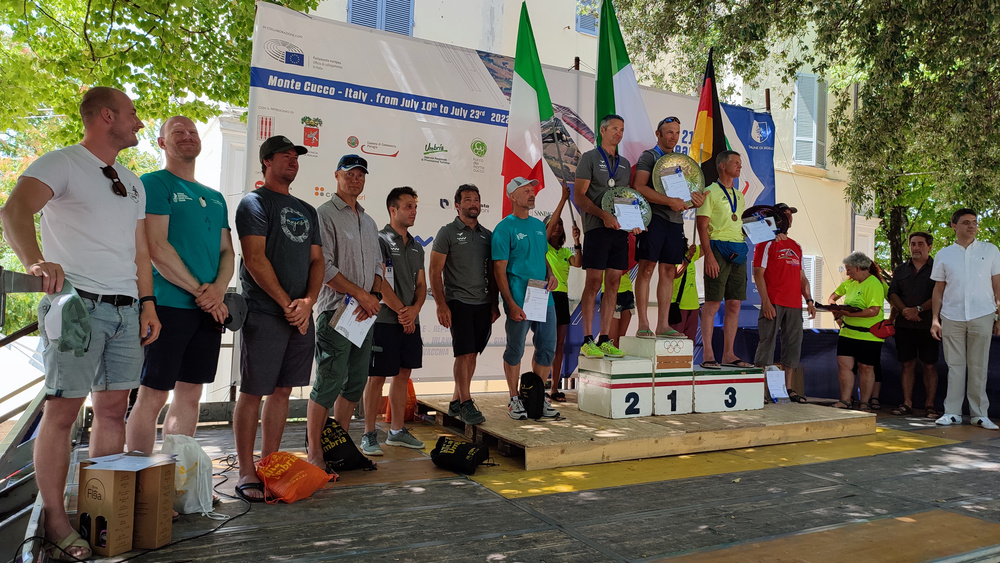 The main heroes of the event European pilots had a tough battle for the 2nd and 3rd places on the podium. At first, the French David Grégoire and the British Grant Crossingham were in the lead. The Italian Alessandro Ploner got on top first overall in the 3d task and never left it with about 200 points of difference thus securing his 3rd European champion title in addition to his 5 World Champion titles - 3 in Class 1 and 2 in Class 5.

Hence the main intrigue was about silver and bronze. At various tasks, there were different candidates, Grant Crossingham GBR, Primoz Gricar GER, and Marco Laurenzi ITA. Christian Ciech ITA managed to get in the top 3 only in round 7 and preserved his 2nd place throughput tasks 8 and 9 as well. German pilot Primoz Gricar - the winner of the longest task of the competition (201 km) - kept third place in the Championship.

Congratulations to the winners! 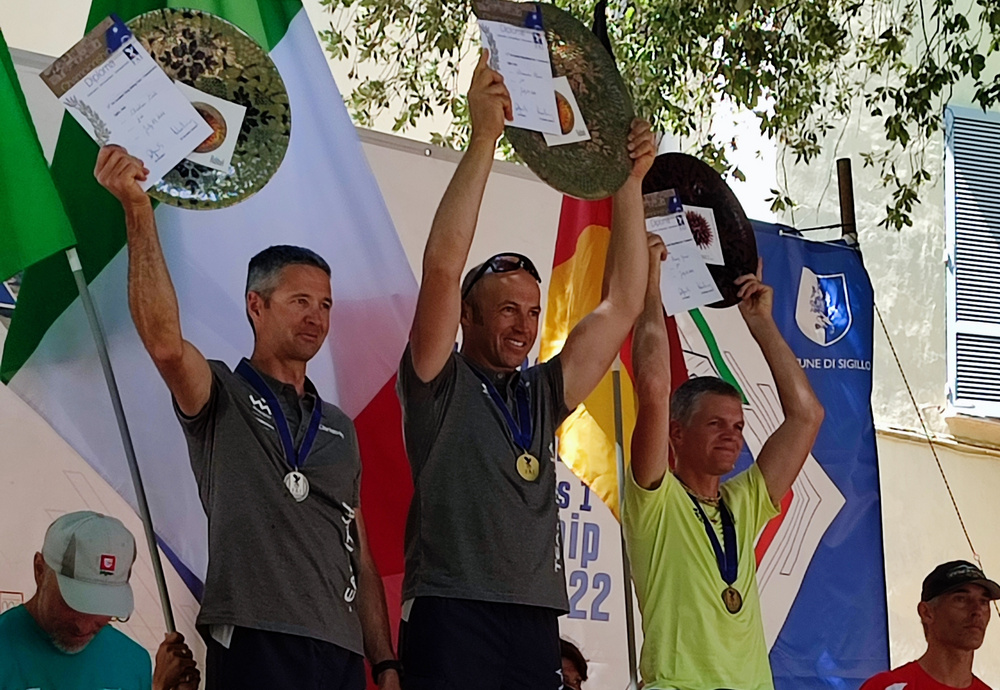