Insight: The successes and challenges in Hungary's Aeromodelling Scene

Hungary will be buzzing with aeromodelling pilots in the coming months: the FAI F5J European Championship for Electric Powered Thermal Duration Gliders takes place between 21-27 August 2022 in Szeged. Szatymaz Airfield in Southern Hungary will host the 2022 F5J Tisza Cup from 19-20 August, then from 16-18 September, drone pilots will gather in Zalaegerszeg for the 2022 Drone Racing World Cup. In October, the 31st Herend Cup will take place in Tapolca. It is fair to say that Hungary is definitely home to a thriving aeromodelling scene.

But to what does Hungary owe its reputation? To find out more about the culture of aeromodelling in this European country, Dr Géza Bognár shares his experience of previous decades and explains the perspective of the Hungarian Association of Modellers (MMSZ), who are actively encouraging a younger generation into the sport.

“The golden age of the Hungarian aeromodelling was in the 1950s, ‘60s and ‘70s” says Bognár, who continues by explaining that the political leaders during this period viewed aeromodelling as part of the country’s defence strategy. A national structure was developed, with financial and human resources ploughed into the sport, and aeromodelling even an obligatory part of the school curriculum at one stage.

Fast forward to the 21st century, and Bognár believes that there are around 24,000 modellers in Hungary, with a 97% majority using radio-controlled models.

Hungary is also known for its vibrant community of vintage aeromodellers who first experienced the joys of building their own models and radio systems during the golden era. Bognár says: “One of Hungary’s most popular competition categories is antique modelling. In this category we have outstanding international results (see the last European Championship in Czech Republic). This category is integrated in the SAM system, but it is not integrated in the FAI-CIAM system. We want to initiate a process for FAI-CIAM integration of this category.”

In order for this enthusiastic generation of pilots passes on its expertise and passion to a new generation of aeromodellers, Bognár acknowledges that things have to change.

Bognár explains that recent changes in Hungarian legislation mean that model aircraft must be labelled as ‘Unmanned Aerial Systems’. “The modellers, who are buying ready-to-fly models or ARF models have no idea about legislation background or about the necessity of insurance. MMSZ members are beneficiaries of special insurance for aeromodellers, which has a driving effect in increasing the number of our members.”

Aeromodellers need to become registered as ‘UAS operators’, which doesn’t sit comfortably with them, in terms of definition. Airspace is another challenge: some model airfields are trying to go through a lengthy procedure to legalise the regular use of model aircraft. In the meantime, clubs are managing to stay on the correct side of administration by applying for temporary airspace use for radio-controlled aircraft, which is an extra expense for clubs who wish to fly all year round. For international competitions, usually administration is accepted relatively easily, but for local or national competitions, the process is an off-putting challenge.

Adopting technology has enabled aeromodellers to practise their sport correctly. By using the smartphone application ‘MyDroneSpace’ they can register the aircraft (drone or otherwise) in the airspace for a specific flight. The weight and altitude limits are not suited to usual aircraft models, but as Bognár says, at least the intention to “follow the legal way” is displayed, but this option is not applicable for those who participate in free flight modelling. 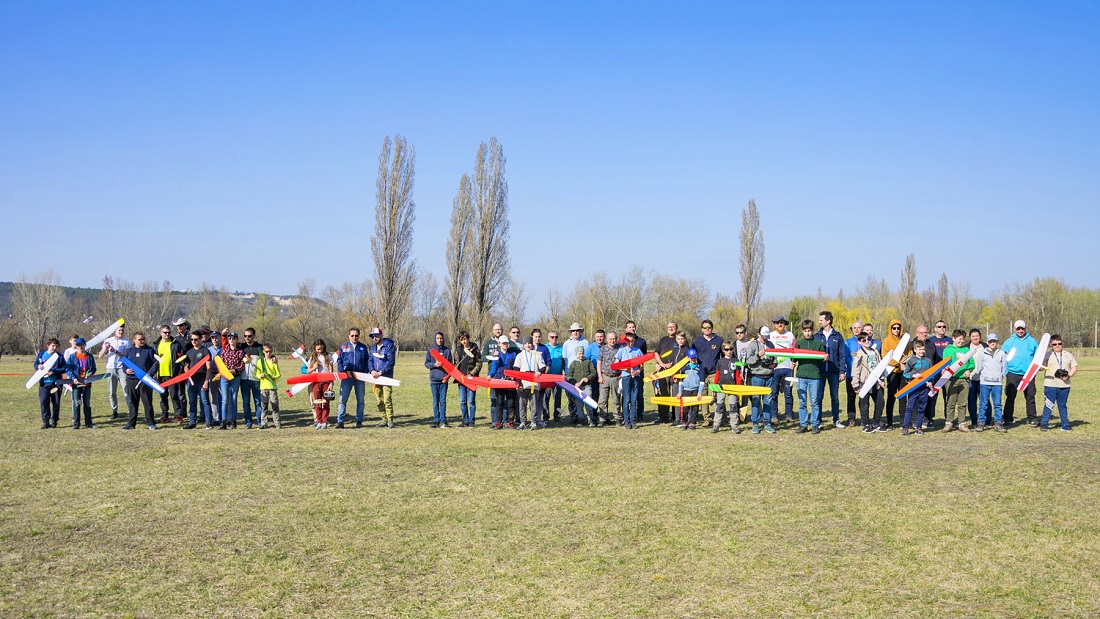 Education is the future

Aside from the concerns over legislation, Bognár highlights that MMSZ is “deeply concerned” about investing in the education of young modelers, with the presidium budgeting 8,000 € for education, including an initiative to provide clubs with subsidised kits to encourage youngsters’ to build aircraft and fly them in competition. Bognár continues: “A small part of the budget is used for development of an online theoretical training series, while the great majority of the budget is used for financing the buying of materials by the clubs. According to the adopted principle, 80% of the total sum will be paid by MMSZ and 20% by the clubs. The three levels of the program are as follows: beginner, medium, expert. There are about 3-3 pre-defined model kit types for each level. The clubs are entitled to choose in which level they want to educate youngsters, and they are free to select the appropriate model kit for them. The students must finish the building project before the spring holidays, and in the spring holiday a club level competition is organised for them. Then in the summer holiday they must take part in a county level competition. Finally, the monitors are obliged to prepare a report on the experiences. Whenever there are fewer participants in the county level competition than the 70% of total number of financed model kits, the club is obliged to pay back the whole support to MMSZ.”

Personally, Bognár hopes to see a shift towards youngsters building models from scratch, and with emphasis on STEM subjects, perhaps this is something that will be part of the renaissance.

In general, around a quarter of Hungarian aeromodellers compete in FAI categories, with 150 holding FAI licences and competing in international competitions. Particular success stories come from the F2A speed, F3A junior aerobatics, F1D indoor, and Bognár is delighted that there are some rising stars in the free flight F1A junior category, including two young female pilots, Kinga Szőke and Réka Guti, both members of Dobos István Model Club in Gyula (see header image):

Bognár is pleased to share information from the Drone and Multirotor Association (a member of MMSZ) which has 31 active drone modelers. President Mr Péter Bársony gave an overview: “Drone racing in Hungary is in its early years. Since 2016 this new sport saw a vast number of interested young individuals becoming more and more active in FPV racing. From the first World Drone Racing Championship in 2018, Hungary always had a national team in international events, with improving results. Among current top pilots racing in the Drone Racing Hungary series backed by the Hungarian Drone and Multirotor Association, are Roland Rontó, Oszkár Babics and Máté Blahunka. Rontó, racing under the name Deamon_FPV represented Hungary at The World Games 2022, gaining 13th place.”

The FAI Drone Racing World Cup in Zalaegerszeg this September is an exciting step in the right direction: the event is first in an intended line of future world cup races. Bognár also shares the news that soon, “FPV drone centres are to be established and run, in order to scale up active participation in drone racing.”

The challenges faced by Hungarian aeromodellers are certainly mirrored in other countries across the globe. By sharing the stories and experiences of organisations such as MMSZ, it is hoped that this sport – whose innovators have inspired aeronautics for as long as humans have desired flight – will continue to motivate new generations to push forward aeromodelling technology long into the future.