Need for Speed by Jochen Zeischka

December 15, 2020:  Both World and European Hang Gliding record claims for "Speed over a triangular course of 25 km" of Jochen Zeischka were ratified. Congratulations!

FAI has received World and European Hang Gliding record claims for "Speed over a triangular course of 25 km". The fast (65 km/h) flight was made by Jochen Zeischka (Belgium) on his Litespeed RX 5 Pro / Moyes Delta Gliders on July 19, 2020 in Chabre, Laragne (France). The current record was made in 2000 - 50,81 km/h by  Tomás Suchánek from the Czech Republic.

We contacted the athlete to find out about his sports career and record preparation. 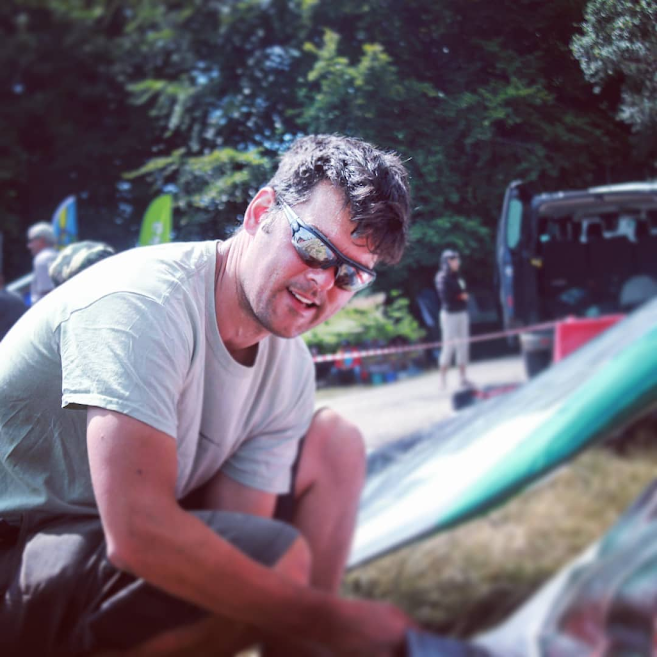 When have you started going into free flight sport?

I started flying with the Belgian hang gliding school Trike Valley in 2007.

The childhood dream of flying has always been present. But it actually took a hang gliding initiation course organised by friends to make me realise hang gliding existed in the low countries. I was hooked immediately after those first few runs from the training hill.

In terms of enjoying outdoor sports, I surely have to mention my parents who took us on mountain hikes. The pure joy of experiencing nature and the well-deserved views after some serious physical effort is one of the most rewarding things I know. I think it translates well to hang gliding too.
Next to that, there are so many people who inspire. Especially people in less fortunate positions who achieve goals against the odds due to a positive mindset and dedication.

What were your achievements before breaking a record?

Quadruple Belgian champion, although that doesn’t mean too much, since hang gliding is a very small sport in Belgium ;-)
I’d say the performances in international competitions are more meaningful. My best performances probably being the 2013 pre-Euros in Lumbier (3rd overall in a strong field) and the 2015 pre-Euros in Krushevo (winning 2 out of 4 tasks, both 15 minutes ahead of the rest).

Because Laragne allowed me to set an interesting course for the 25 km speed record. And because it was a place which was accessible in COVID times and where some of my Belgian hang gliding friends were going for a holiday.

What can you tell about the previous record?

What flying conditions make your record different from previous one?

I was able to use a ridge and a convergence zone at my advantage. And hang gliders have also become more performant over the years.

The idea started coming to my mind when I realised that I probably wasn’t going to be able to compete this year due to recovery from a torn knee ligament (football is dangerous!) and also due to the lack or uncertainty of having competitions due to COVID. I had to test my knee (launching and landing), so with these constraints in mind, I was looking for sportive challenges and found them in shorter speed records. Many evenings were spent on trying to find the optimum triangles for many different weather conditions.

Jo Bonné, a Belgian official observer. He was essential to the project in the first place. 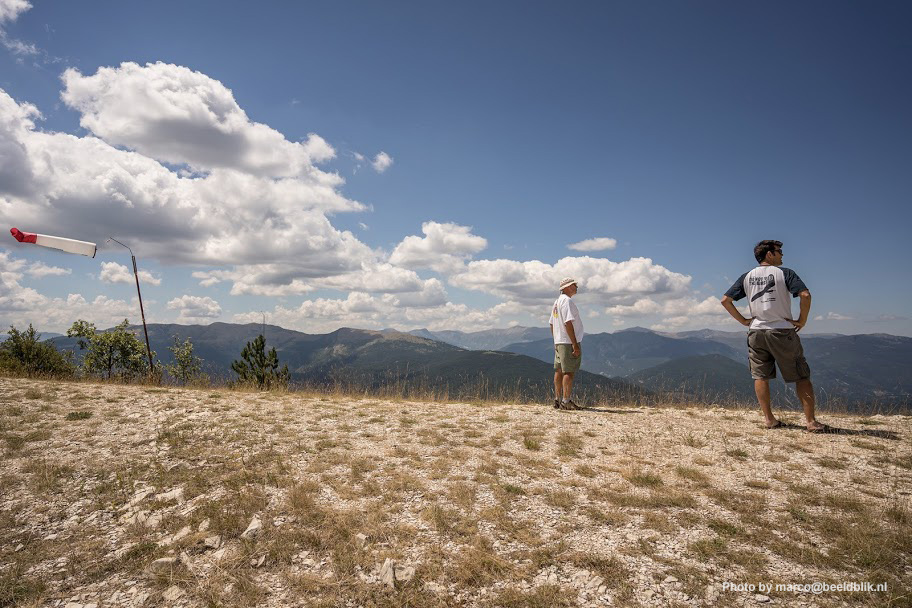 Finding the right course and basic hang glider preparation was solo work. The biggest question mark was how to make sure I’d have an official observer for the record attempts. Again, a big thanks to Jo Bonné who was present for a week and observed the first (failed) attempts.

Timing and organisation. To be at the right place at the right time, with the right weather and an official observer. Thanks, Francoise Dieuzeide, to be there when Jo needed to head home!

I was confident the speed in itself could be broken. That also shows in the margin with which it was broken, although the margin is quite a bit bigger than I expected. The most difficult was doing everything right, respecting all the rules. Simple things you need to do correctly for a valid record, like sending an electronic task declaration to your NAC before the attempt.
Of course, in our sport, some luck is always involved. In this case, primarily luck with the weather conditions. Having both a ridge which was working well, as well as alignment of a convergence zone with the declared course, was what I hoped for, but something I couldn’t order upfront…

Multiple speed records are overdue. Pilots living near good flying sites can surely watch the weather predictions and attack those records on a more regular basis. Just make sure you read the sporting code, follow the rules, find a good course and pull VG and the speed bar when the conditions are right.

And of course, a rather heavy pilot in a streamlined Skyline harness under a great Moyes Litespeed RX5 Pro is the ideal candidate ;-)