The Story of Ballooning goes on like Roman history

The 2022 meeting of the FAI Ballooning Commission (CIA) was held in Rome, Italy in March. It was a very successful in-person meeting after 2 years of virtual meetings.

The last physical meeting for CIA was in Istanbul in 2019. We promised to meet each other again at the next meeting, scheduled in Lausanne. But then the COVID-19 pandemic suddenly changed our way of life and also the CIA meeting. Meetings were held via zoom in 2020 and 2021.

This year many restrictions of COVID were lifted and people started to travel again. However, many still hesitated to travel long distance and others were still under some travel restrictions in their countries. But for this year’s CIA meeting, the CIA Bureau decided we could finally have an in-person meeting in Rome. I am living in Italy, so it was easy for me to attend.

The hotels where the participants of CIA were staying were very close to the Vatical museum. I could even see a part of Vatican facilities from my window.

On the day I arrived in Rome, I walked around and saw touristic places. As you know, Rome is a very historic and attractive city. On the way back to the hotel, I went to check the location of the Aero Club where we would be meeting for the following 4 days. 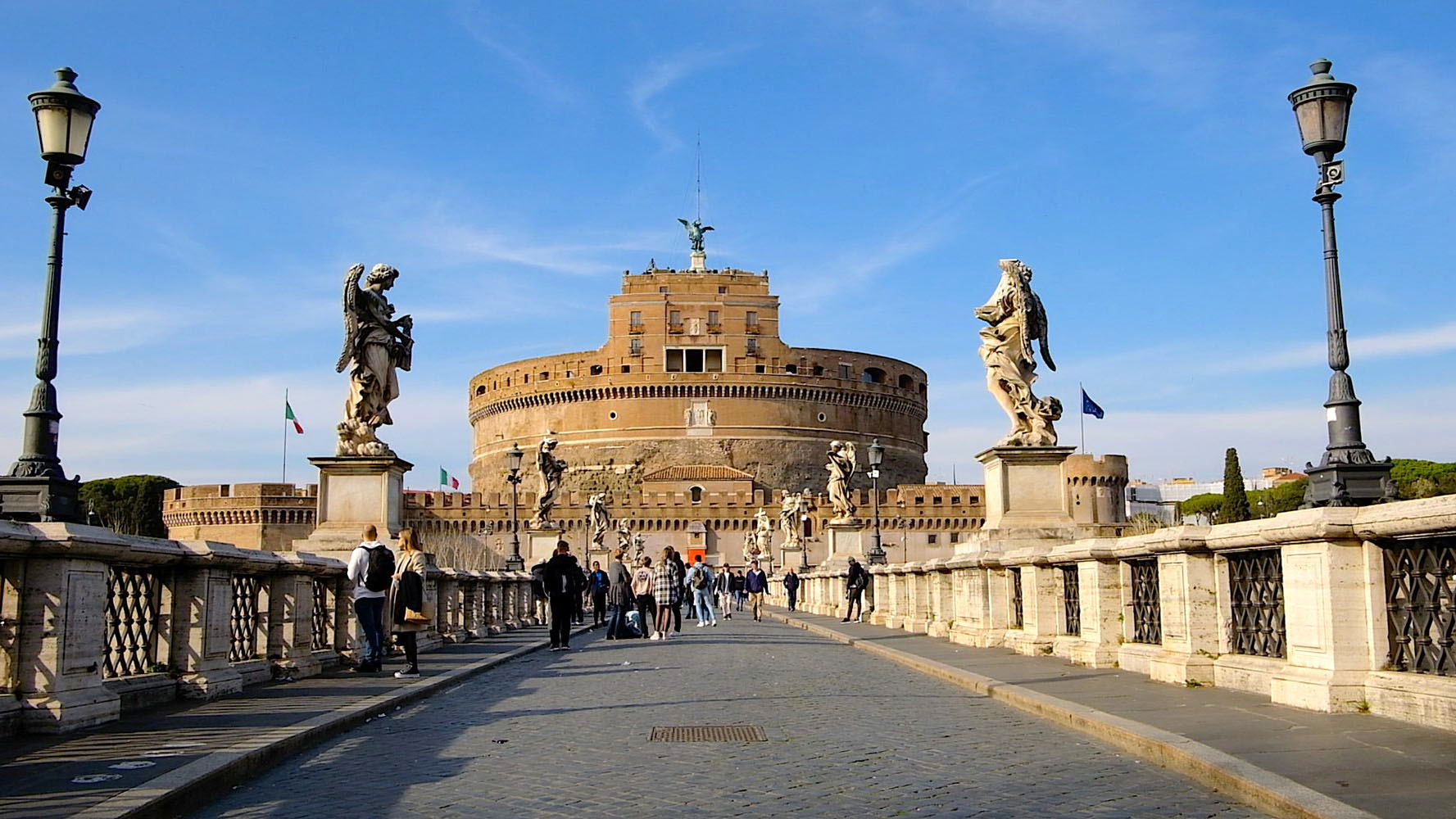 The Aero Club of Italy, where we had the meeting, is situated along the Tiber river and is surrounded by touristic places such as Castel Sant’Angelo, Piazza del Popolo, villa Borghese. 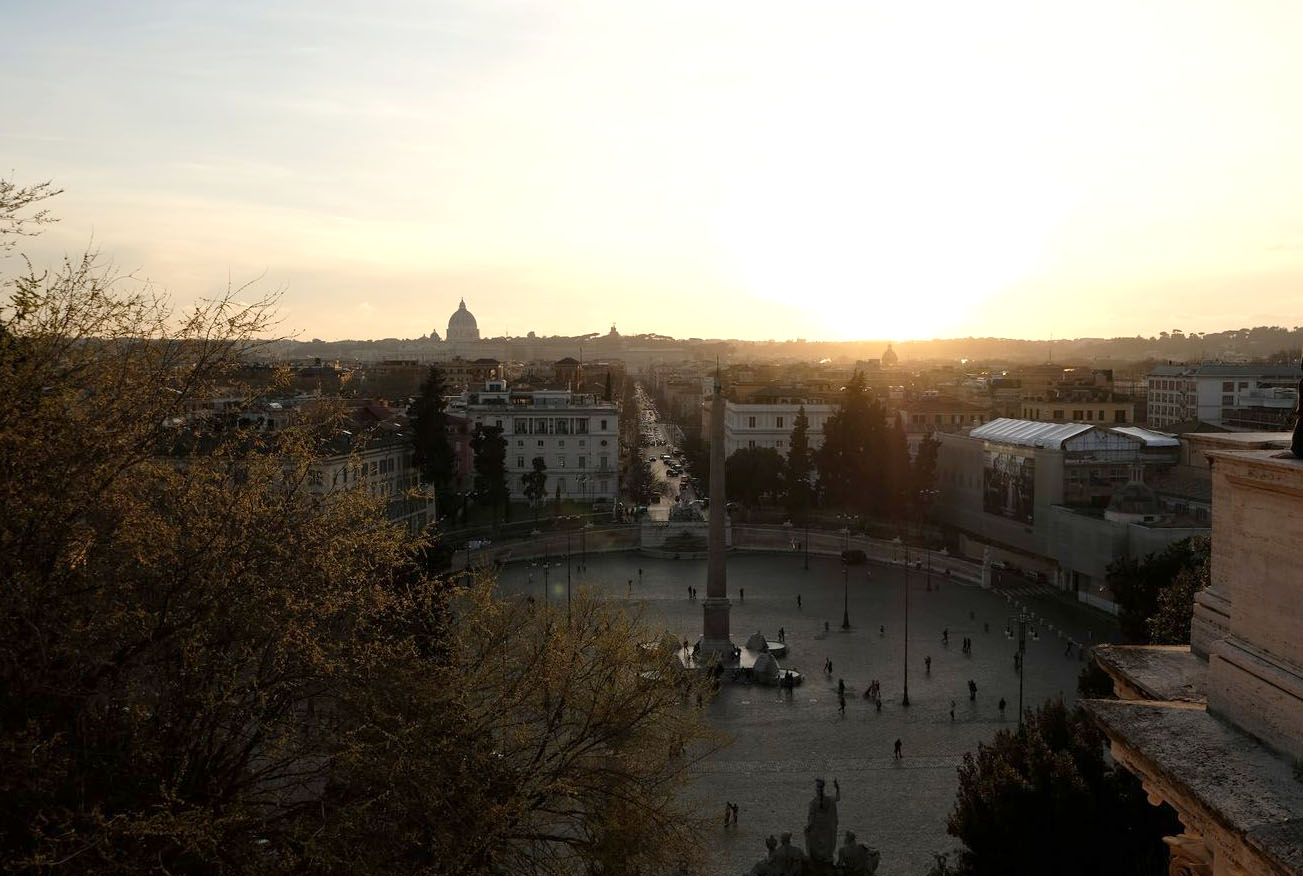 Last year the Aero Club of Italy celebrated the 110th anniversary of their activity. 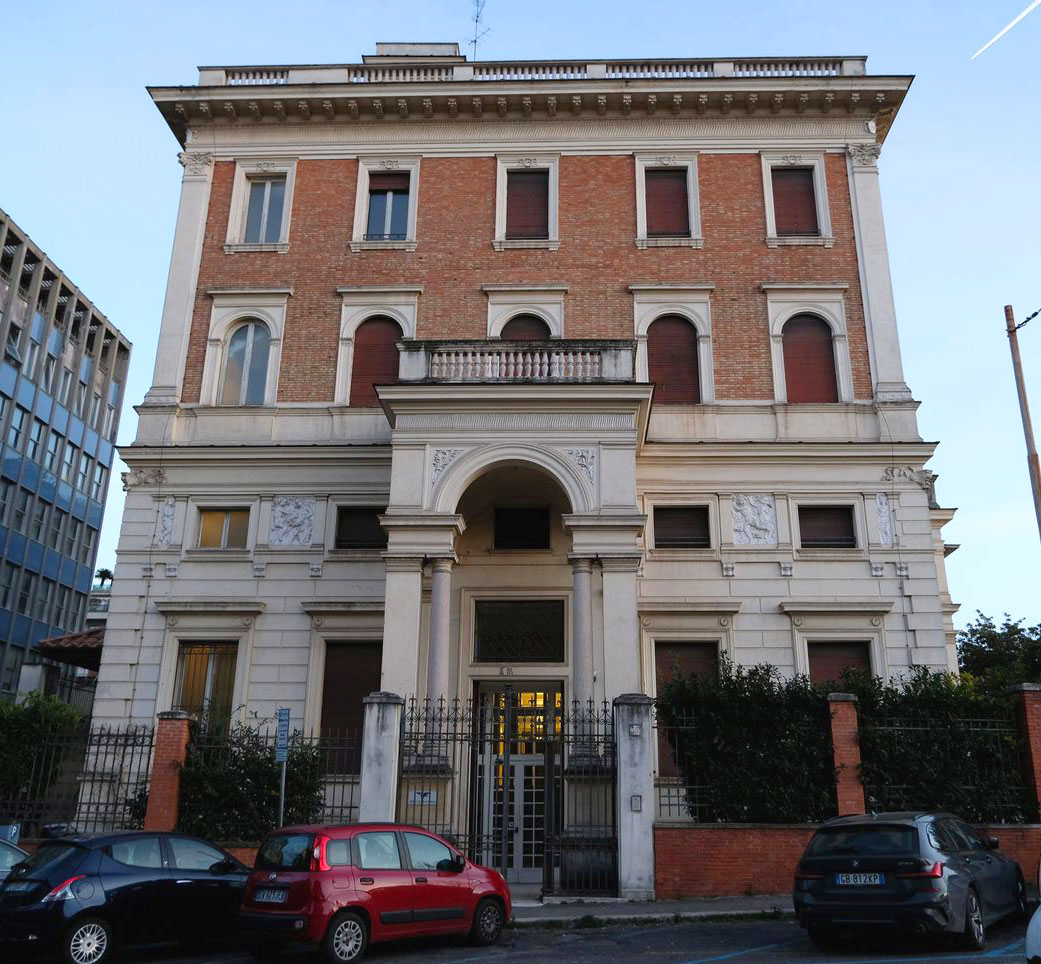 The Aero Club of Italy from the outside

The building of the Aero Club itself is a very beautiful building which used to be owned by a noble family. 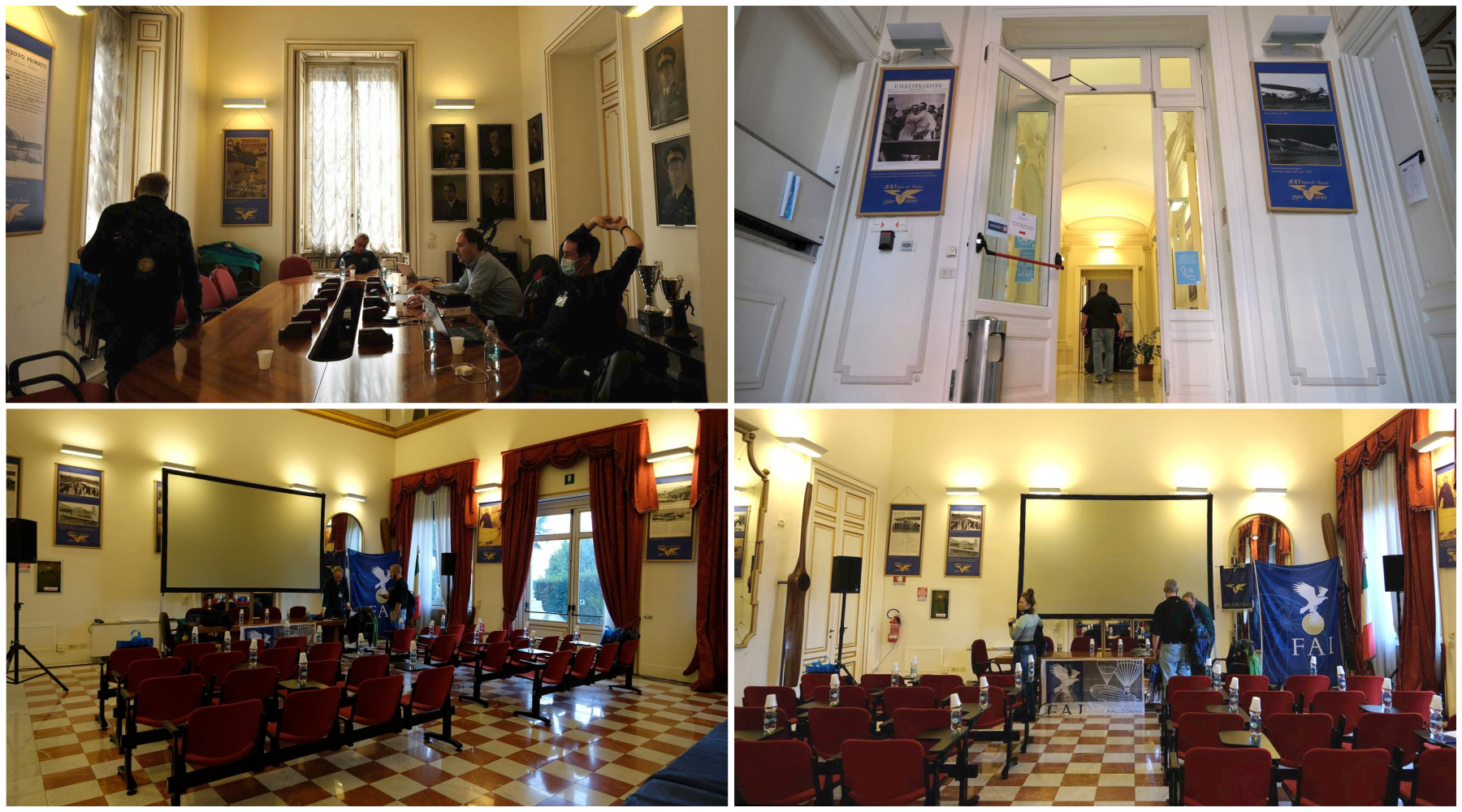 Inside the Aero Club of Italy

I have been in Rome many times and I remembered that it was always crowded with tourists and it was increasing every time I was visiting there.  This was my first visit there after the COVID.  I thought it was less crowded but there were more people than I was expecting.

Rome is always beautiful and welcomes people. I felt I was fortunate to start to travel again. After I started to see familiar faces in the hotel, I really thought that it was a good decision to come to the meeting.

In Italy, there are still health restriction for COVID-19, decided by the government. There was no exception even at the Aero Club of Italy. In the morning, we were asked to show the Vaccine pass and an ID to register. We had to wear a face mask where we cannot keep a social distance. FFP2 (N95) face mask were required on public transportations.

On the first and the second day, there were subcommittee and working group meetings. The new CIA Event Organizer Seminar was held in the afternoon of the second day. 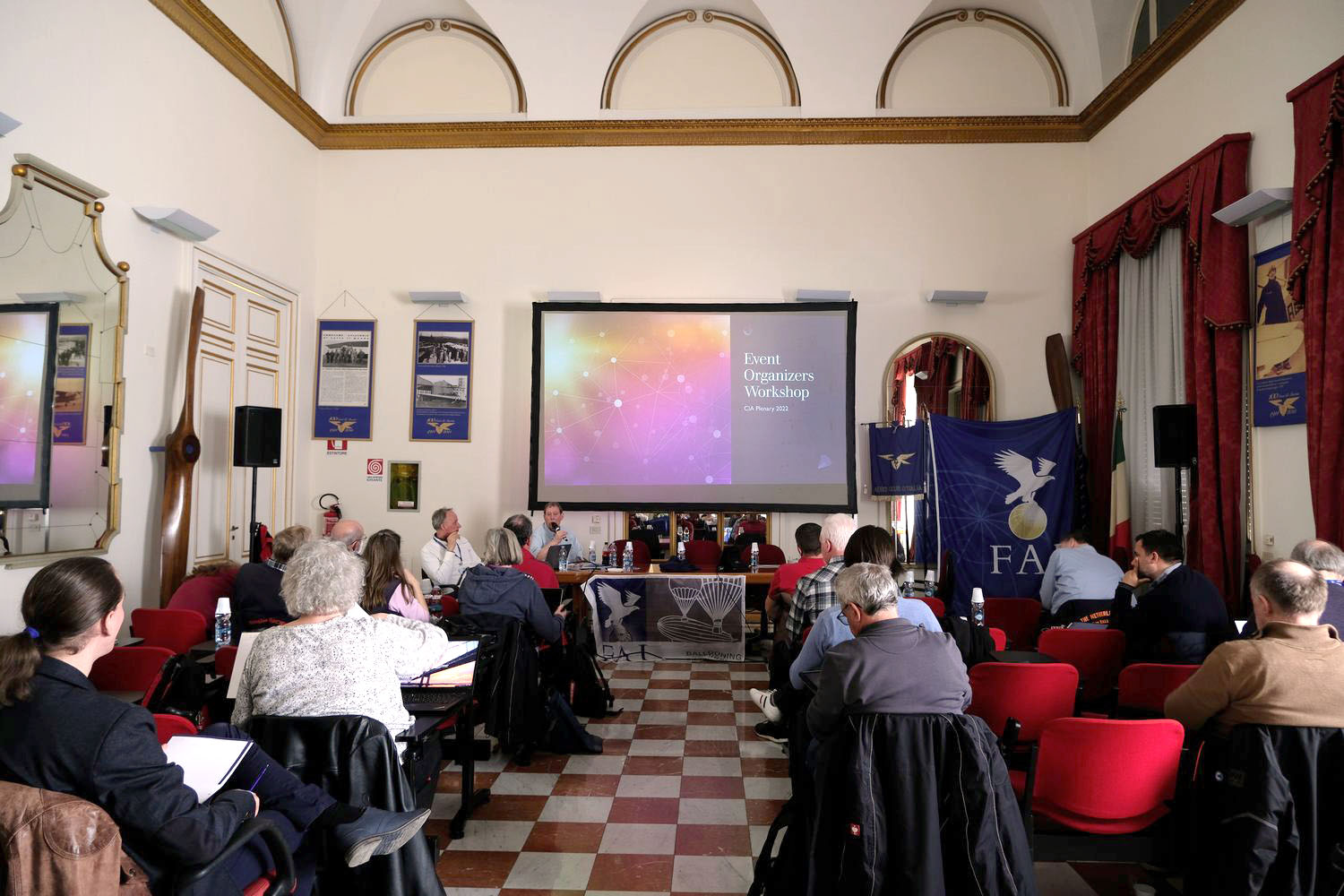 The third and fourth day we had the CIA Plenary meetings. 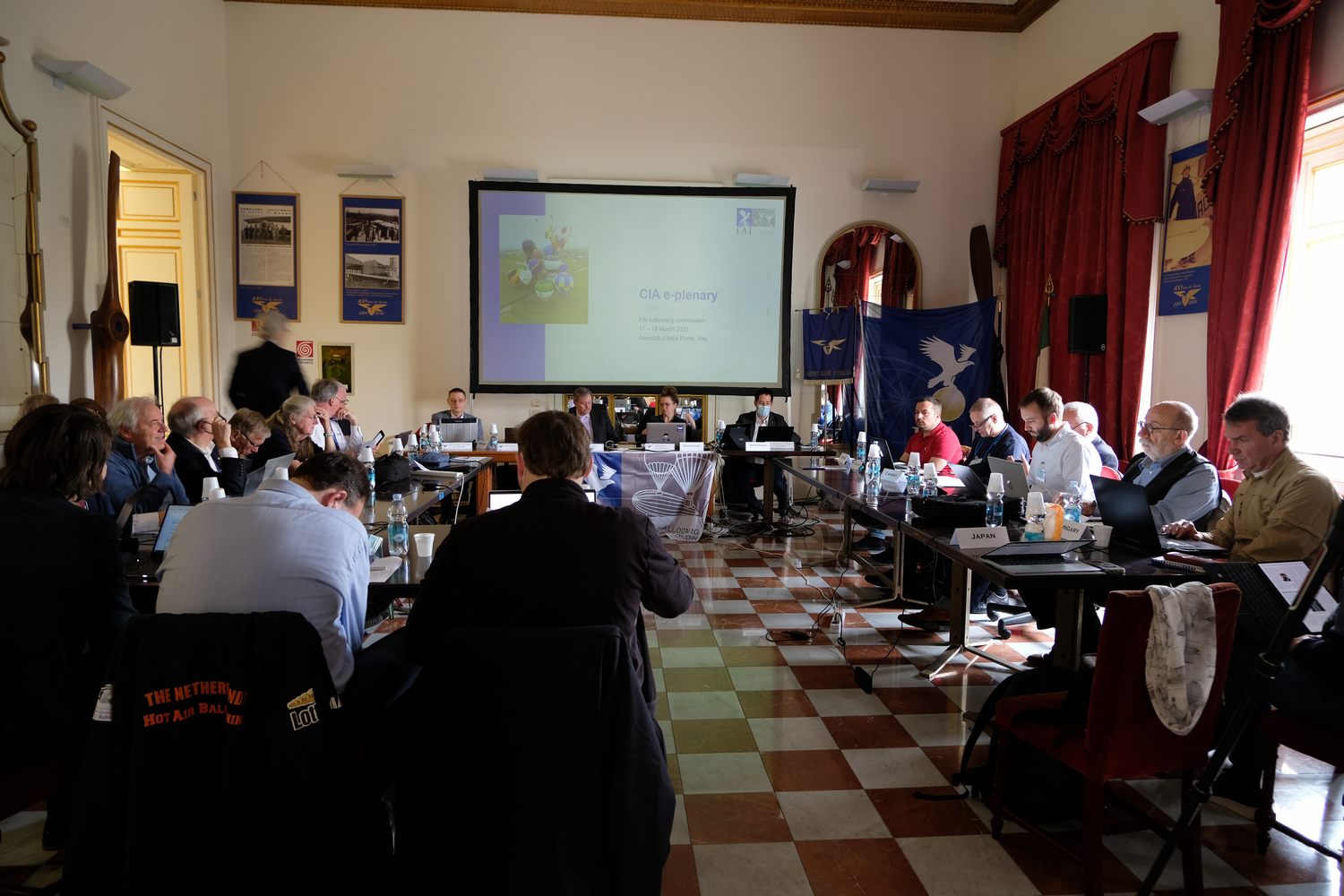 The delegates attending in-person were 19 (with 4 proxies):

There were about 15-20 observers at the site and many others were participating via zoom.

At this moment when I am writing this article, the situation between Russia and Ukraine is on-going. During the meeting, we were very happy to have an opportunity to hear from the Ukrainian delegate. He managed to connect via Zoom and spoke to the meeting for a few minutes. He expressed hope to be back flying in balloons by summer.

The scheduled two days of Plenary business finished quite quick.  We were already finished before noon of the second day.

CIA will have next year’s meeting in Switzerland, but not in Lausanne. It will be held in Burgdorf where Blaser Swisslube is located. Blaser offered to their company headquarters as the place for the 2023 CIA meeting at their company. Let’s hope that more people can join the meeting next year! 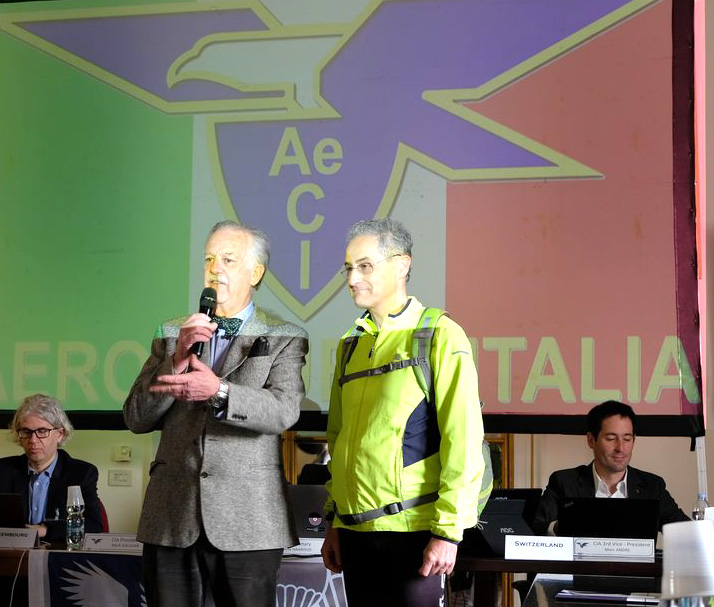 The President of the Aero Club of Italy Giuseppe Leoni

It was very kind that the Aero Club of Italy hosted CIA. They arranged everything needed. Nothing seemed be missing. What I liked very much was the coffee breaks. 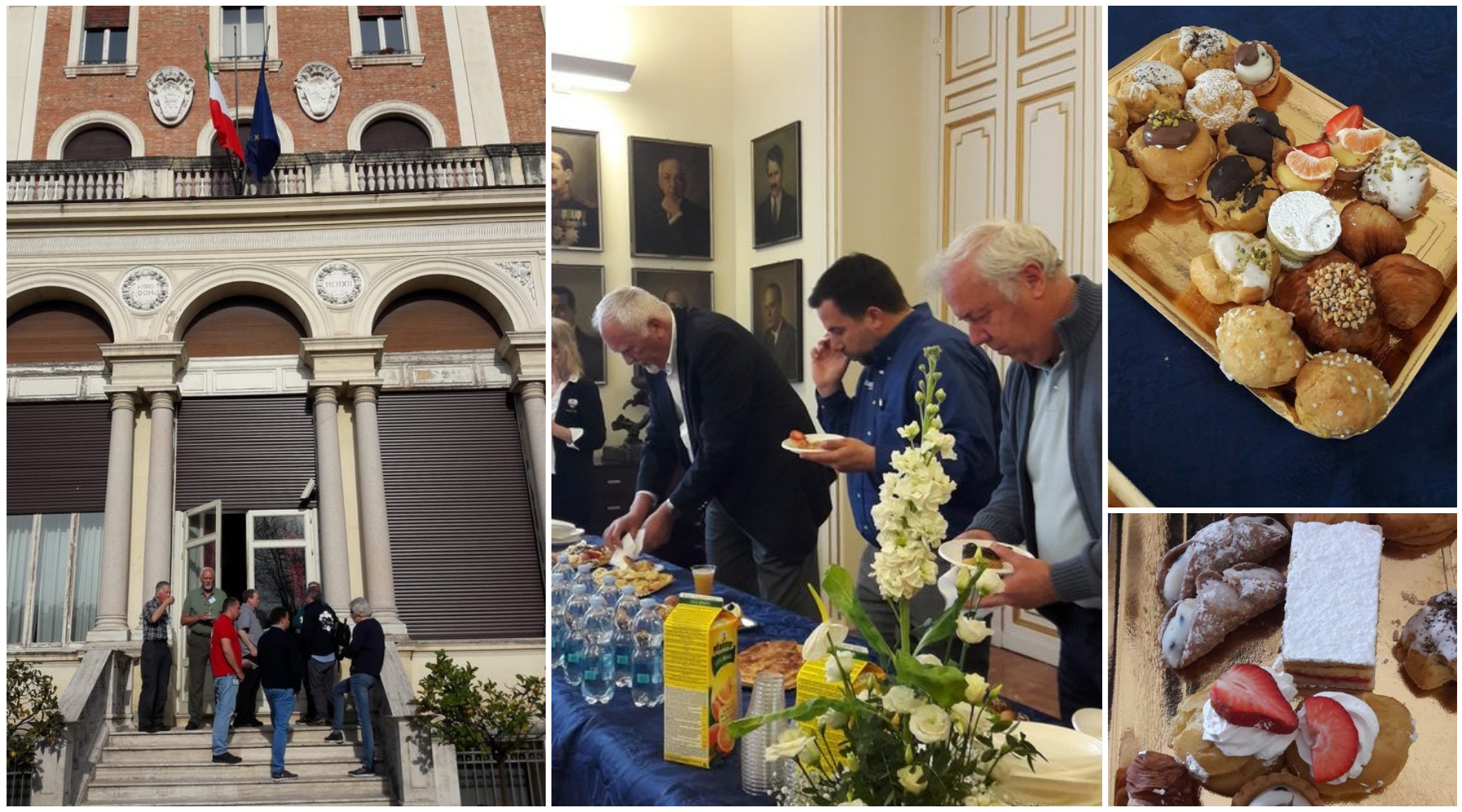 In the morning, we had very good small pastries and savory snacks delivered. It was difficult to resist not to eat a lot... 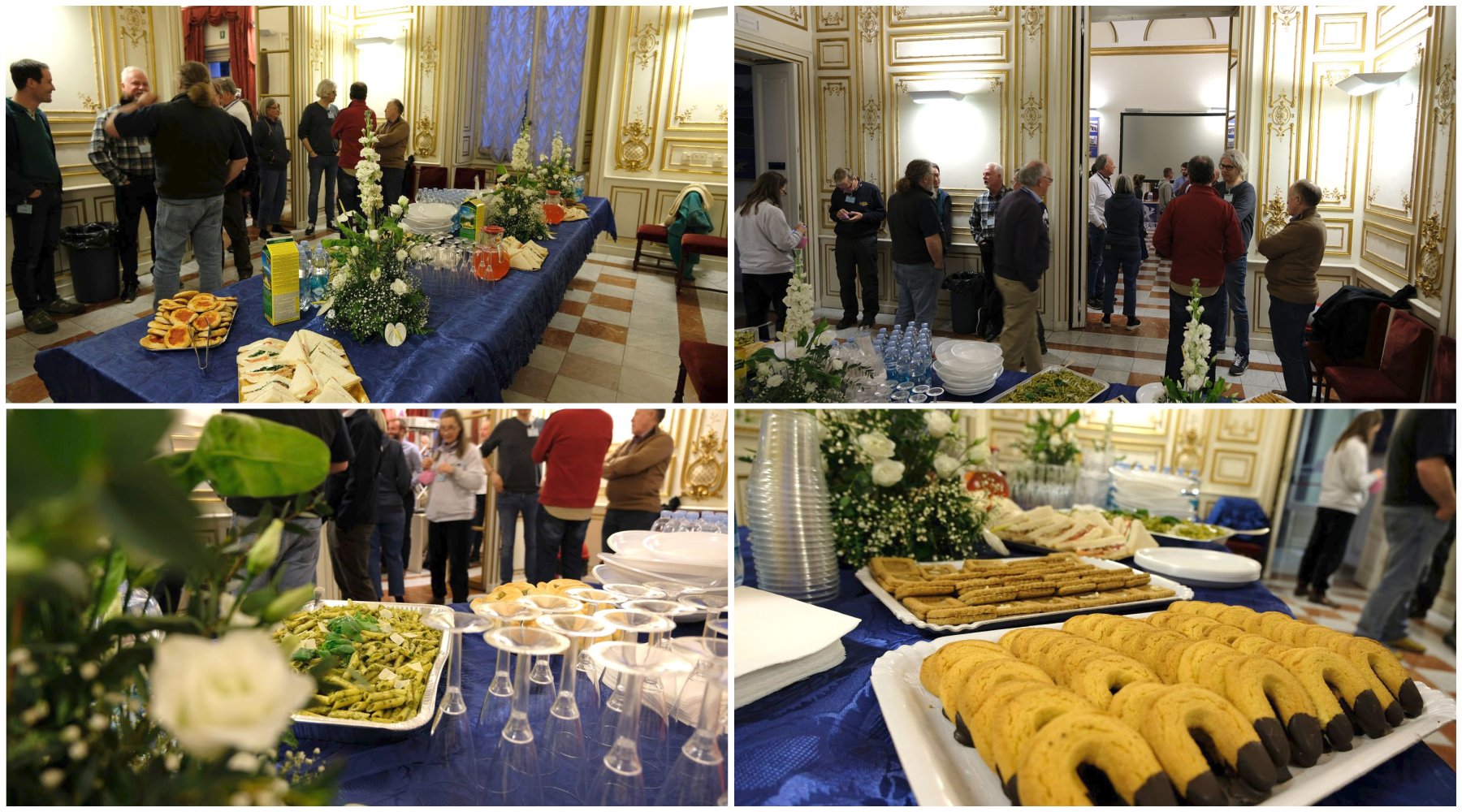 We were also invited to a cocktail party  and a dinner at an Air force facility along the Tiber river. We enjoyed both of them. 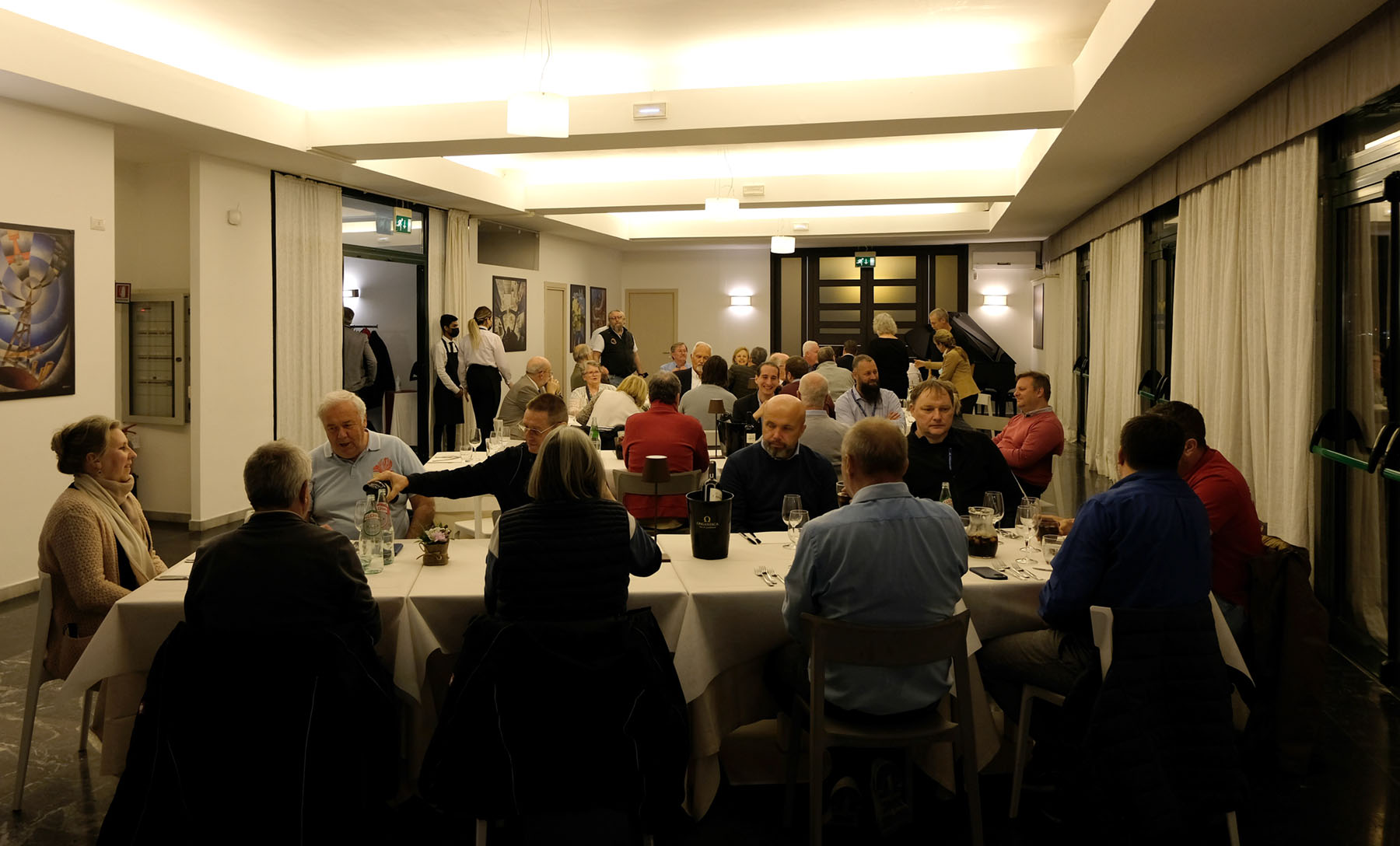 With the in-person meeting, the social part of the meeting returned. We could visit and relax at a bar in the hotel before and after dinners. We talked face-to-face to catch up on the  previous 2 years when we could not meet. I managed to talk with people whom I have never talked before. 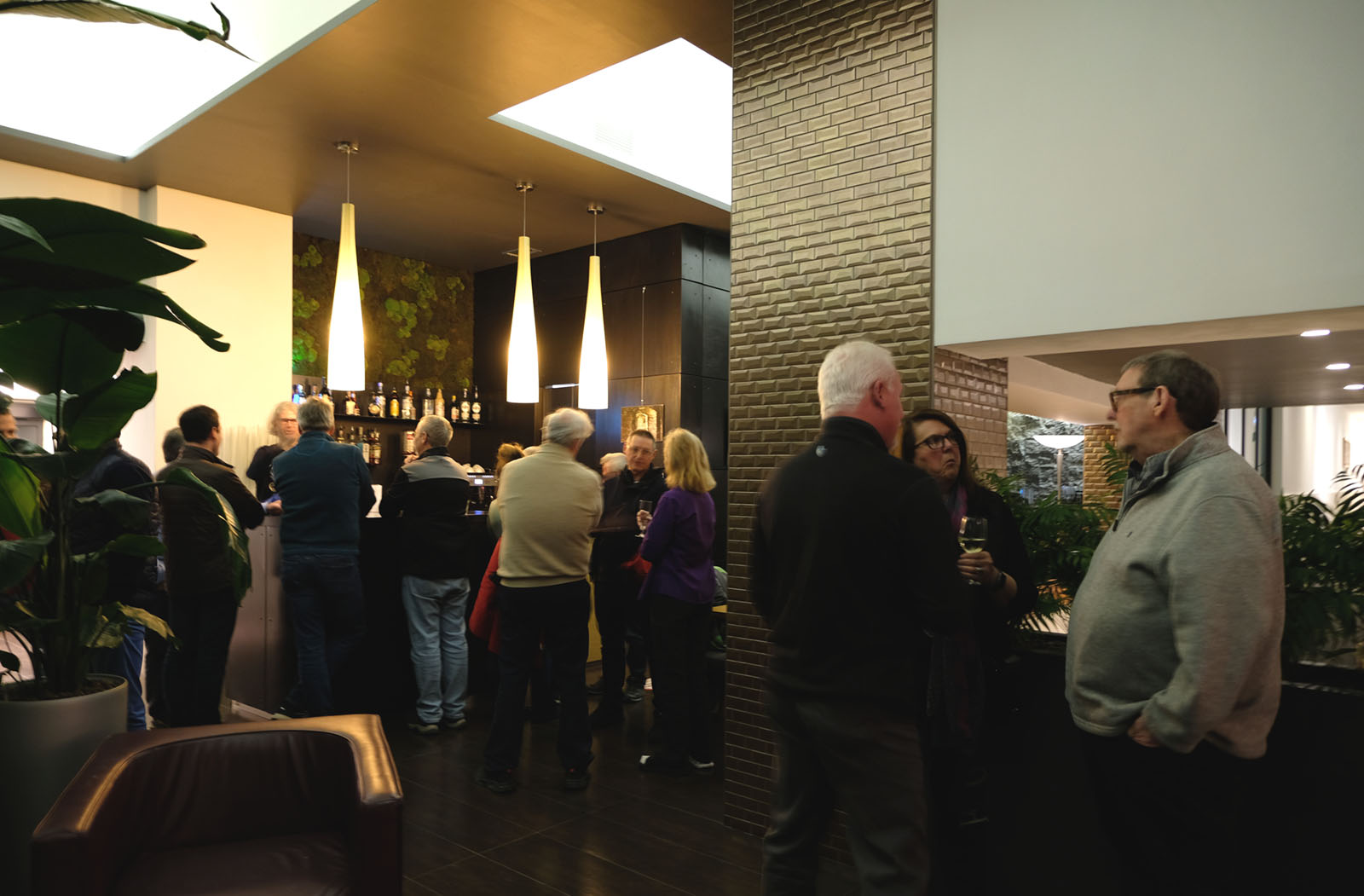 At the hotel bar

On Saturday evening we decided to meet up at the Trevi fountain (top picture) at 18:30. It was too crowded to take a group photo but it was nice to try.

Quite a few participants were enjoying Rome with rental bicycles, motorbikes and electric kick scooters that can be found in every area of the city. I am old-fashioned so I walked A LOT to look around in Rome which was also very nice. 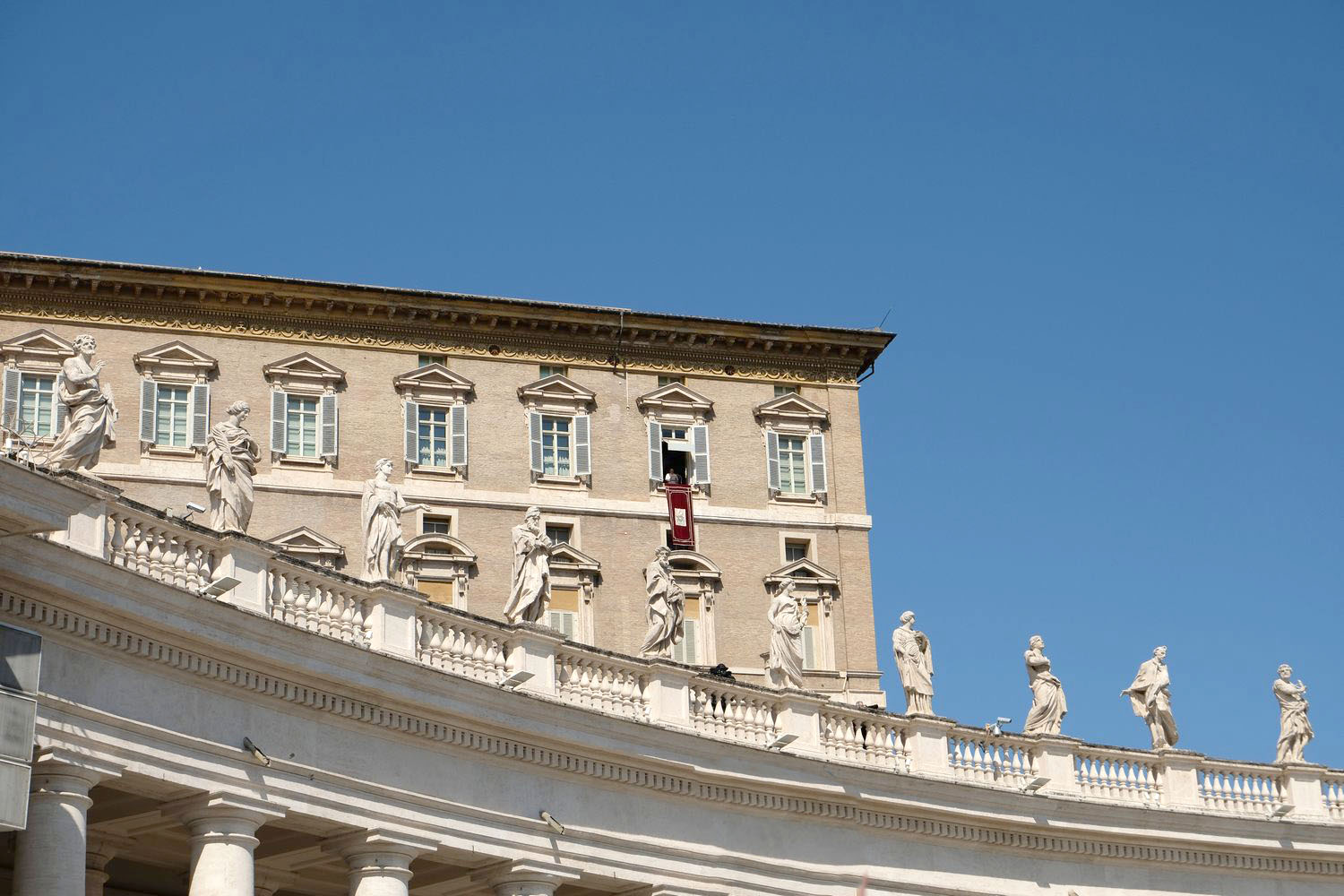 On Sunday before leaving from Rome, I joined the Holy Father's Angelus prayer at noon in Vatican even though I am not a Christian. That was one of the things I wanted to do for a long time. I went back home satisfied with all the memories in Rome. 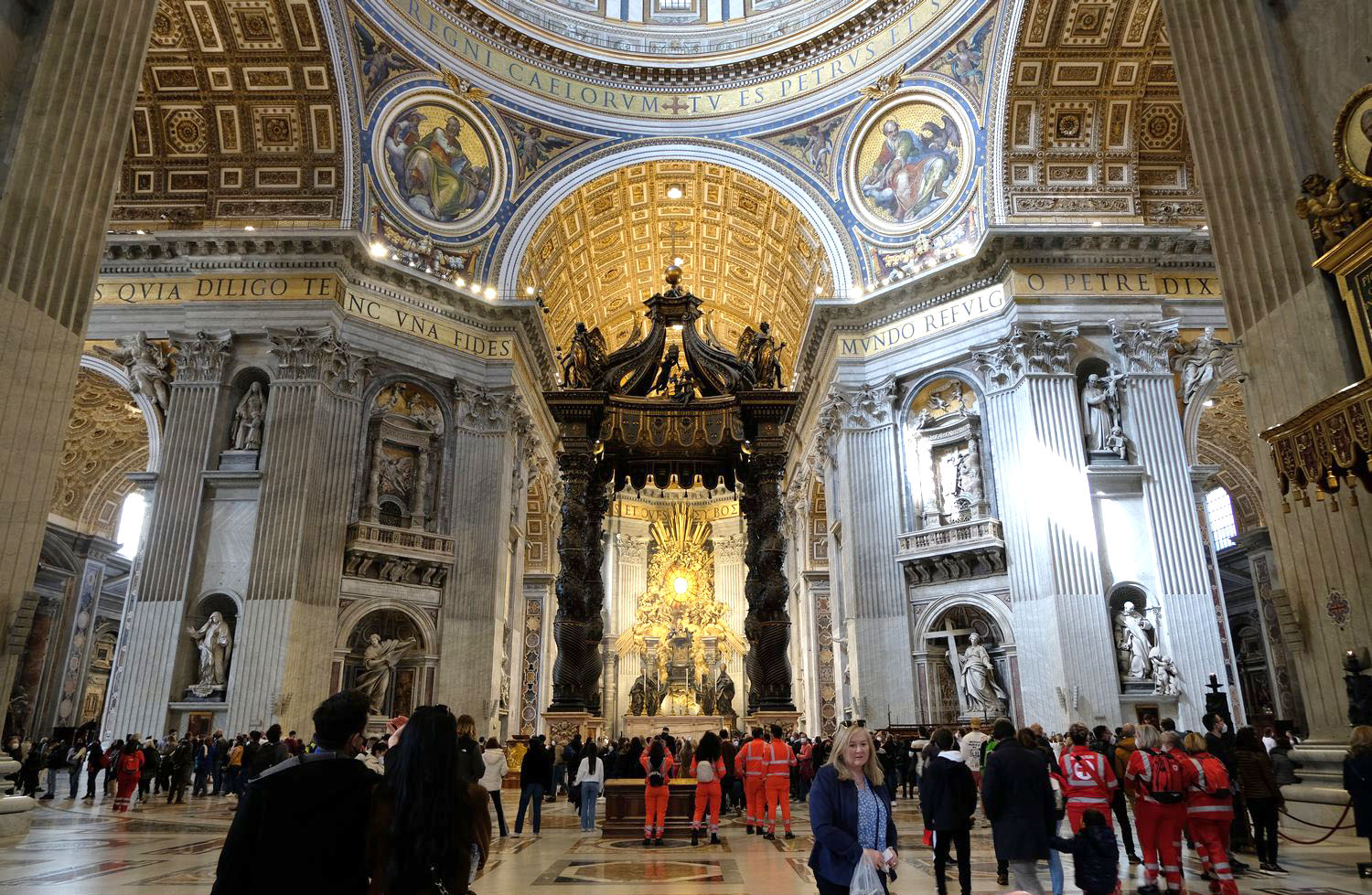 The CIA meeting is always open to everybody. Everybody is there to improve the world of Ballooning. If any of you are interested in attending next year’s meeting, ask for information from the delegate of your NAC.  Maybe you will be the one who can bring a new ballooning adventure to the CIA. 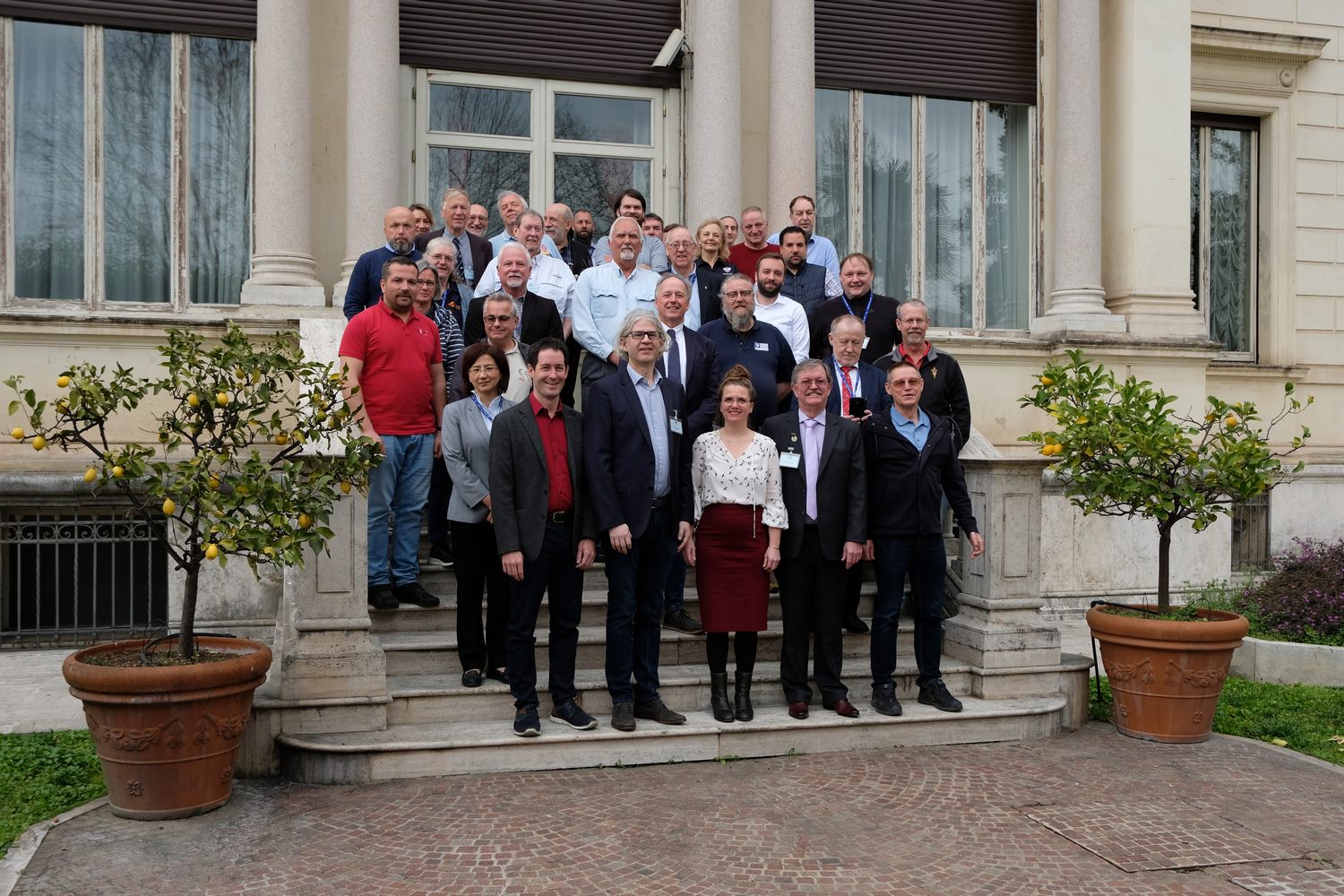 Group picture of the participants