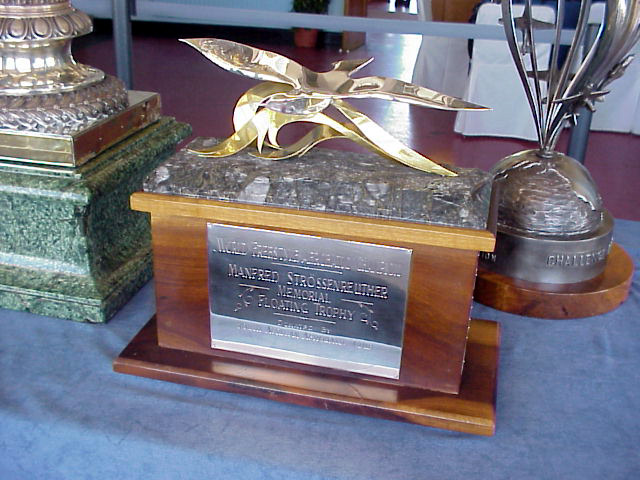 his trophy was donated by the South African Aero Club in 1986 to be presented to the winner of the Final Freestyle Programme at the World Aerobatic Championships. It is named after the late German Aerobatic Champion Manfred Strössenreuther, a consistent medal winner at World and European Championships in the early 1980's, who was particularly skilled in this flight.

Sadly this lovely trophy became lost after presentation to US pilot Zach Heffley at the 2007 World Championships, that year held at Grenada in Spain. Despite wide-ranging searches no trace of it has ever been found. Arrangements are currently being made by CIVA to create a replacement trophy.